Easter is arguably the most important of all Christian holidays. Easter is the celebration of the resurrection of Jesus Christ - the very foundation of Christianity. After all, the gospel (the good news) of Jesus Christ is that through His resurrection all mankind may be saved from eternal damnation. Surely, a holiday celebration so fundamental and integral to Christian theology must, by its nature, be unique and unpolluted by pagan influence, right?

Well, as much as we might want that to be the case, we'd be wrong. 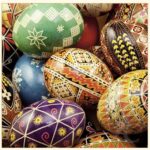 It only takes a minute of watching your four-year-old run around the park with his peers picking up brightly-colored, plastic eggs filled with candy, with parents cheering them on in an almost competitive fashion while chomping away on a chocolate bunny, to realize that Easter celebration has very little to do with Jesus.

No, like Christmas, Easter has its roots in very pagan traditions. 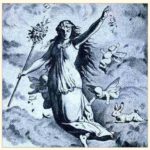 The ancient Persians painted eggs, a symbol of the start of new life, for their New Year celebration. These elaborately painted eggs were publicly displayed and often given as gifts. Eggs were also used by the pre-Christian Saxons who worshiped a goddess called Eostre. Eostre (pronounced Easter) was associated with eggs and rabbits, both of which symbolized a rebirth of the land and the cycle of life. An annual feast was held in her honor on the Vernal Equinox, near the end of March (Easter is celebrated on the first Sunday after the full moon following the Vernal Equinox). Similarly, the Germanic goddess Ostara was also associated with eggs and a spring celebration of rebirth.

These were ancient festivals of fertility. They celebrated the life cycle and renewal of growth that occurs in spring and the perpetual propagation of life.

The name Easter itself comes from the word Eostre, the Saxon goddess. 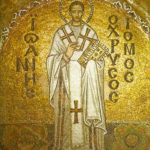 Interestingly, despite the modern emphasis on Jesus' resurrection during Easter, the early Christians did not celebrate the resurrection of Jesus, but rather the death of Jesus. In fact, for the first two centuries A.D., the early Christians celebrated Jesus' death in place of the Jewish Passover and, in part, in honor of the Last Supper, despite not knowing the actual date of Jesus' death. Confusion and debate over the date of Jesus' death was so intense that it lasted for nearly 300 years and led to hostilities and the excommunication of numerous groups throughout Asia. Finally, in the fourth century A.D., the Archbishop John Chrysostom, in an act of brutal tyranny, silenced his opposition by confiscating and destroying Christian churches belonging to groups he deemed heretical. 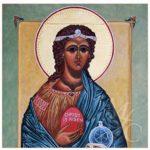 The traditions of the Saxons and Germans were adopted and integrated with the celebration of Jesus at the end of the sixth century when Pope Gregory the Great ordered Christian missionaries to adopt and Christianize pagan religious sites and holidays in an effort to convert the masses. The festival of Eostre (Easter) and the Resurrection of Christ seemed perfectly suited for merger, and so the celebration of Jesus' death was abandoned in favor of the more positive emphasis on Jesus' resurrection. Easter became the festival of Jesus’ resurrection, celebrated with eggs colored red, representing the blood of Jesus, and cute bunnies which symbolized procreation and rebirth.

Not surprisingly, rejection of Easter as a pagan celebration was one of the first agendas for astute reformers during the Protestant Reformation, and while Easter was later re-accepted by most Christian sects, there are still some Christians who continue to reject the Easter holiday for what it is: an overt appropriation of the celebration of the goddess, fertility, and the never-ending cycle of life and death with not-so-subtle sexual undertones, but now repackaged as an eternal victory over death by the Son of God, who, ironically, was born to a virgin. Thus, the ancient veneration of the goddess and sex as part of a continual cycle of life was replaced by a male who came into being without sex and who can never die, and who offers his faithful an escape from the mortal life/death cycle.

So, the next time you decorate a hardboiled egg or sink your teeth into a chocolate bunny, remember the ancient festivals of fertility and the very act through which life is reproduced. Frankly, it really doesn’t get any more pagan than that. 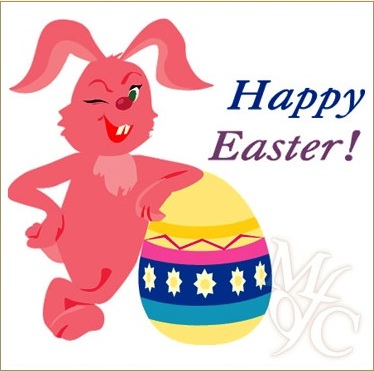