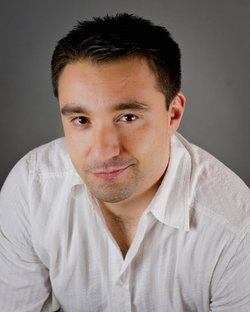 Jedediah McClure was born and raised in Indiana, in the heart of the Bible Belt where he spent his mischievous youth running wild in the country woodlands and playing pranks on the neighbors. He graduated from DePauw University with degrees in Economics and Political Science and pursued a career in business management where he became the youngest executive at MIT Financial before founding Affiliated Capital Investments, LLC. During his short life, he has traveled extensively throughout Latin American and has lived in both Argentina and Mexico.

Jedediah has held a life-long passion for ancient history, especially with regards to the realms of religion and esoteria. He studied for four years in a seminary program and for nearly eight years taught classes on Christian principles and doctrines to all age groups. His interest in secret societies and esoteria led him to write and publish a college thesis exploring Yale's secret society of Skull and Bones and co-author the book "Fleshing Out Skull and Bones."

He was an active member of his Christian community, introducing new and out-of-the-box methods for helping to make Christian teachings relevant to a new generation of truth-seekers. He has written many essays and articles on Christian culture and doctrines, including the yet unpublished works, "The Governing Dynamics of God" and "Adam: The Chosen One." He is also working on a new book, "Why Won't My Faith Move Mountains." Jedediah is a business consultant and president of Affiliated Capital Investments and is currently attending Northern Illinois University's College of Law as a Juris Doctor candidate. He is happily married to a wonderful woman who is the inspiration for everything he does and together they have three amazing children.

Learn more about The Myths of Christianity Book or review Articles written by the author in the blog section. You may also contact the author at the email below, he would love to hear from you!

CLICK ON THE BOOK TO
GET YOUR COPY NOW!

"I found it extremely interesting and I learned quite a bit from it...the book is extremely impressive, well written and well documented."

"The Myths of Christianity by Jedediah McClure is well written, entertaining, and insightful...this book is MUST READING in this age of religious intolerance."

"Very Interesting! The author is knowledgeable and presents important historical information about the greatest religion in the world...highly recommended for all believers and non-believers who thirst for knowledge."