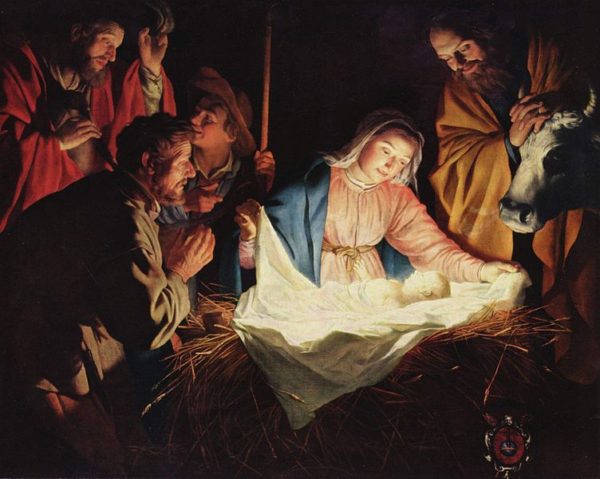 Therefore the Lord himself shall give you a sign; Behold, a virgin shall conceive, and bear a son, and shall call his name Immanuel.

Early Christians came to associated the name Immanuel, which means “God is with us,” with the prophesied Messiah. In fact, it is the explicit intention of the author of Matthew to point out that the Old Testament prophecy was fulfilled by Jesus.

But, the virgin birth of the coming Savior was part of another popular tradition during, and prior to, that time period. Among the Persian Zoroastrians it was believes a Savior would come at the End of Days to destroy the forces of wickedness and establish God’s judgment. Interestingly, that Savior was to be born of a mortal woman – who would be a virgin.

According to legend, the virgin mother would bath herself in the lake Kansaoya, which inexplicably preserved the seed of the dead prophet Zoroaster, and would miraculously conceive a child. This child would become the Savior and would lead humanity in the final battle against falsehood and destroy evil.

The Zoroastrian Savior (Saoshyant) was an apocalyptic figure who would bring about the end of the world. 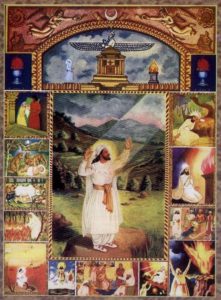 The Zoroastrian scripture, the Denkard, describes the virginal conception and the early life of the Saoshyant. It prophecies that the savior’s body would be like the sun and the “royal glory” of the spirit would be with him. He would be the judge of mankind.

In his battle against evil, he would melt the metal in the hills and mountains which would flow down and consume the earth, destroying evil and purging men of their wickedness.

After his triumph, the Saoshyant would resurrect the dead, judge them according to their righteousness, and, when their souls have been cleansed, restore them to bodies of eternal perfection so that they would be reunited with God. In this case, all mankind would eventually live with God after they had been sufficiently purged of evil.

This millennialistic belief was the defining point of Zoroastrianism. It was the final event, the last act of earthly existence when all the righteous would see God. And the Savior (Saoshyant) would play a key role in bringing this event about, justifying the deeds of the righteous.

Does any of this sound familiar? It should. It is precisely what the New Testament teaches that Jesus will do when he returns again.

Does this mean that Jesus wasn’t born of a virgin? Not necessarily, but the similarities between the Jesus story and the centuries old prophecies of the Zoroastrian Savior are striking, and given the extent to which Persian beliefs influenced the Jews (remember the Pharisees) the idea that the Jesus story may have picked up outside influence is not inconceivable (for in depth details on the influence of Zoroastrianism on the ancient Hebrews please check out my book.) 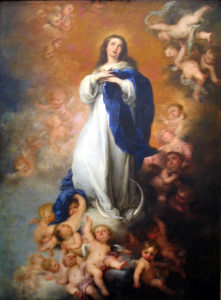 Tradition holds that Mary, from the moment of conception, was blessed by God and kept untainted from Original Sin. As a result, she lived a life free from sin and was therefore a clean and pure vessel through which Jesus could be born (immaculate means to be clean or free from blemishes). Though her death is not recorded, it is traditionally believed that after her death she was physically assumed (taken up) into heaven.

Despite the Bible’s reference to Jesus’ siblings, many of the oldest Christian churches such as the Roman Catholic Church, the Eastern Catholic Church, the Easter Orthodox Churches and the Anglican Church among others believe that Mary continued to be a virgin her entire life. Jesus’ siblings are explained away as Joseph’s children from a previous marriage, and though Mary and Joseph were wed, they were never sexually intimate.

Interestingly, because of her status as The Immaculate One and the Mother of God, and because she was taken up bodily into heaven, Mary is often venerated by many of the older Christian churches. She is often treated as an intermediary between God and man and both prayers and devotions are offered up in her honor. In other words, she was deified (much like Semele, the mother of Dionysus who was rescued from death by her son and set in the heavens as a goddess) and worshiped by believers who sought to be blessed through her divine status.

Continue the series with THE STAR OF BETHLEHEM or read other articles on the evolution of Christian traditions.