Who Were The Wise Men? 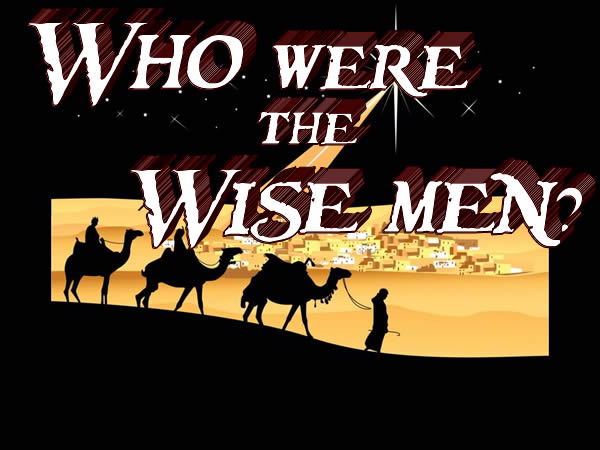 The title “wise men” is translated from the Greek word magos (μαγος pl. μαγοι). The word refers to a priest of the ancient Persian religion of Zoroastrianism (we keep seeing this religion creep around every corner of early Christianity that we explore). These priests, or magi, frequently looked to the stars for signs of the future and gained an international reputation for astrology.

The Jewish philosopher Philo, a contemporary of Christ, wrote about this sect of priests:

Among the Persians there is the order of the magi who silently make research into the facts of nature to gain knowledge of the truth. And their visions, clearer than speech, give and receive the revelations of divine Excellency.(1)

Interestingly, the word magos (or magi, the Latinized and plural version) is translated in the King James Version of the Bible as the "wise men" in the Nativity story. But, interestingly, this same word is translated as sorcerer when describing the heretics “Elymas the sorcerer” (Acts 13:6-11 ) and “Simon Magus” (Acts 8:9-13). Apparently, the title magi could be interpreted as either good (wise men) or bad (sorcerer) depending on who was translating the text, thus skewing perceptions and disingenuously leading later readers to accept a specific interpretation.

In ancient times, astronomy (the study of the movement of the stars and heavens) and astrology (using astronomy to predict future events or interpret human affairs) were one and the same, and considered both sacred and a science by many cultures. The study of the stars and their movements was a very important part of Zoroastrianism, among other religions, in predicting the birth and death of kings. 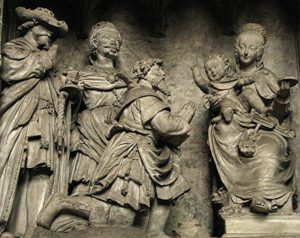 It is likely that the “wise men” were in fact Zoroastrian priests from Persia. They obviously studied the stars and recognized an unusual stellar phenomenon that neither king Herod nor the rest of Jerusalem were aware of. Additionally, the Bible states that when the magi found the Christ child, they “fell down and worshiped him.” This verse references or indicates bowing, kneeling, or prostration, which was generally viewed by both the ancient Jews and Romans as undignified, and in Jewish tradition was reserved for the epiphanies (divine visitations by deity). However, for Persians, bowing or kneeling was a sign of respect generally directed toward kings. 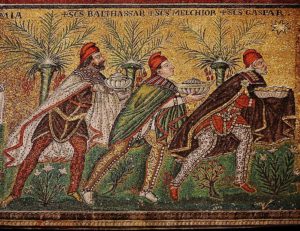 Kneeling, possibly as a result of the above verses, was adopted in the early Christian Church and remains an important element of Christian worship to this day (many Catholic churches have pads installed for kneeling during worship and kneeling to pray is universally accepted as a sign of respect).

The historical depictions of the “wise men” do not offer much help in elucidating the Magi’s origins as those images changed time and again according to the preconceptions of the day. At times, these images even took on the symbolic imagery of time itself, depicting a young man, a middle-aged man and an old man. Simply put, today we have no idea what they originally looked like. 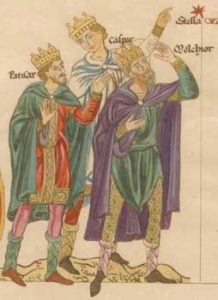 The scriptures themselves do not say how many magi were present. The Bible references three gifts and often the resulting interpretation is that there were three Magi. Almost all Christian tradition supports the existence of three Magi, even providing names for them. The Western Christian Church’s Latin text Collectanea et Flores, identifies the Magi as Caspar (sometimes Gaspar or Jasper), Melchior and Bathasar.(2) Syrian Christians name the Magi Larvandad, Gushnasaph and Hormisdas while in the Eastern Christian Churches they are Hor, Karsudan and Basanater; and the Armenian Christians call them Kagpha, Badadakharida and Badadilma.(3)

In the end, we don’t know who the Magi or “wise men” were. Tradition teaches that there were three but that cannot be confirmed. Additionally, tradition indicates that they were probably Persian, likely Zoroastrian priests, but we simply can’t be sure. And, like the Star of Bethlehem, they were likely liberal embellishments taken from the 66 AD delegation of Rome – and considering that the kingly gifts they allegedly gave the Christ child would have made his family very wealthy, it’s suspicious that we never hear of that wealth.

Continue the series with THE MASSACRE OF THE INNOCENTS or read other articles on the evolution of Christian traditions.